Alright dear ones…I took an unannounced hiatus from this little blip on the screen of cyberspace.  I did it for two reasons.

Reason 1:
I am still learning how to pray. I have written a few entries now on “Teach Us How to Pray”, however, in many ways I did not feel as though I was implementing them. So I was maybe giving you, readers, the impression that I have mastered it and am welcoming each sunrise on my knees before Him…walking thru each verse with a perfectly orchestrated prayer. Well, dears, that is so not true. So I felt a conviction and am still working on disciplining my prayer life more. Sure, I can talk to my Abba throughout the day, wherever I am and there is FREEdom to do that. But I do believe there is a deeper level He invites us to…that is where I long to be.

Reason 2:
June was the due date month for our 3rd little one. I really felt as though this place needed to take the wayside so I could be intentional in this month. It was a sacred space in time that could not be relived…this time of our little family before we expanded and met the new one. So it was a beautiful month and I am thankful for this little hiatus.

These are some last shots of pregnancy #2…(do not worry…I am not still pregnant…;)  ) 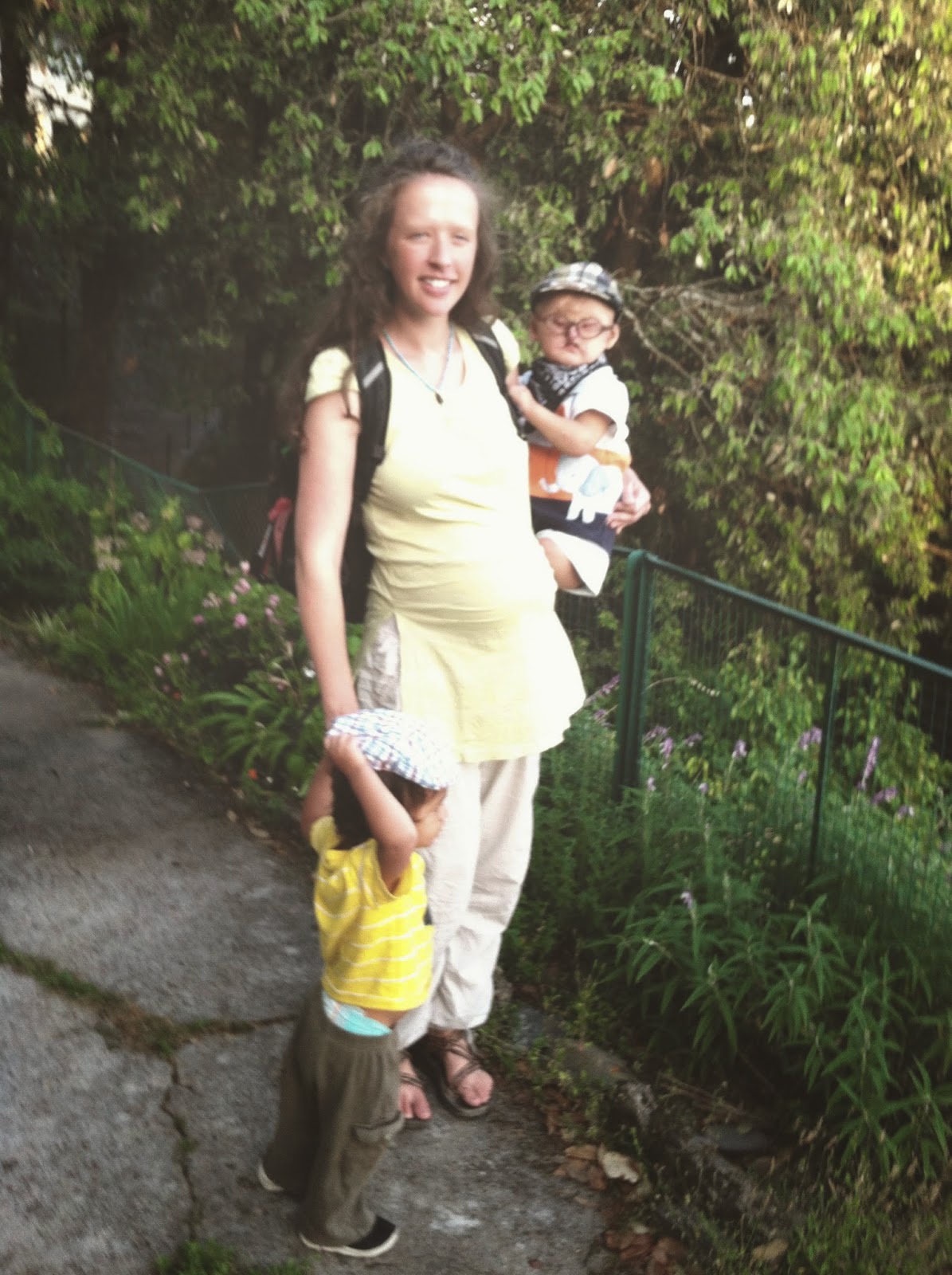 ROHAN JUDE PAULRAJ joined us on June 20th around midnight. I will share the labor story later;) I WILL say that he left us waiting a bit longer than his brother Elliot did and it was a more intense labor for me.

Rohan, in Sanskrit, means “to ascend”
Jude means “to praise”
We pray that on this crazy pilgrimage of life,our Father would pursue and rescue little Rohan’s heart and cause him “to ascend in praise” throughout all of his days and journeys.

Also, if any of you are Lord of the rings fans…there is another inspiration to the name “Rohan”
“They are proud and willful, but they are TRUE-HEARtEd, generous in thought and deed; BOLD but not cruel; WISE but unlearned, writing no books but SINGING many songs…” This is a description of the Rohirrim, the men of Rohan which is a realm of middle earth in Lord of the Rings. What a powerful description…
For those of you who have been with us for a while now…you may be familiar with how each of our boys joined our family. Let’s just be honest and say that none of their births came at a convenient time and none have come into a set up, stable home. Proper nursery? nada. Let me rewind and remind a bit;)
Adam Peniel Paulraj.
This fellow joined us on the eve of our 6 month marriage anniversary. YES. 6 months is correct. He was the LAST thing we were expecting or planning. In fact, we were playing badmitton the night he was born and had all ours bags packed and shipped by courier service across India to our soon to be new home. Raja was starting a new job as a Psychiatrist and we were leaving our first home that we knew as a couple.
We had no diapers when Adam moved in. So we used my old head scarves and Raja washed them by hand every day. Cute? maybe. Nasty? for sure;)
No stretch marks marked his arrival.
There were not 9 months to prepare.
Ironically though, Adam joined us in the largest house we have had to date. It was a massive bungalow surrounded by tea plantations. It actually used to be a Tuberculosis Sanatorium (60 or more years ago) so it had massively high ceilings and large windows (to keep air circulating from inside to out…a major help when caring for a high population of TB patients). Raja had the entire house painted before our wedding so it had a fresh coat of paint, 3 bedrooms, 2 AC units, and a wrap around porch! Funny enough…so far we have decreased our house size as we have increased our offspring. A bit disproportionate, perhaps? Some would argue;)
I will save the long summary and just say that Adam’s life, birth, and adoption into our family was a GLORIOUS interruption into all that we thought was good and right;) And Jesus as been rescuing our hearts daily, since Adam joined us, reminding us of our need for Him every single hour. And there is surely nothing else I would rather take away from my first few years of marriage…a deep need for the Cross.
Elliot Justice Paulraj
Then there is that fellow above. Elliot. Though his pregnancy came completely unexpected…my GOODNESS what a gift his life has been.
But I will not sidetrack…we are talking about births and conveniences;) He was a quick and speedy labor but he was born 3 days after we were moved from one hospital campus house to an apartment. Though it was certainly a GOOD move (our previous house I had started to call Jumangi as we had a plant growing into our bedroom, through a whole in the concrete…and our new apartment was beautiful)…the timing was ironic.
I was discharged 2 hours after his birth and we came home to an apartment of suitcases, cardboard boxes, and lots of chaos. But chaos can be beautiful;)
So then little Rohan;) He was expected in many ways;) However, as this summer approached and we considered what the heat would mean for Adam’s health…we knew we were going to have to make some adjustments. So the boys and I moved up to the mountains a few months ago. Raja commuted a lot for a while. Now he is pretty much based in our little mountain town, with an occasional trip down the mountain.  We knew we would have to be really adaptable to make it work to stay here for the summer. And adaptability and third trimester pregnancy seem to be antithetical at times…but adaptability happened and all is well;)
We lived in 4 houses within 8 weeks and are now settled in 1 house until the end of the summer. So this fellow did not get to come into the house that has been our home the past 3 years. That room I worked so hard to make “boyish” and cute…he was not welcomed there. Our community and familiarity of home and our kitchen were not comforts we had around his birth. But Abba makes broken things beautiful. And it has been a wonderful summer. And Abba provided beyond what we could have needed for Rohan’s birth! 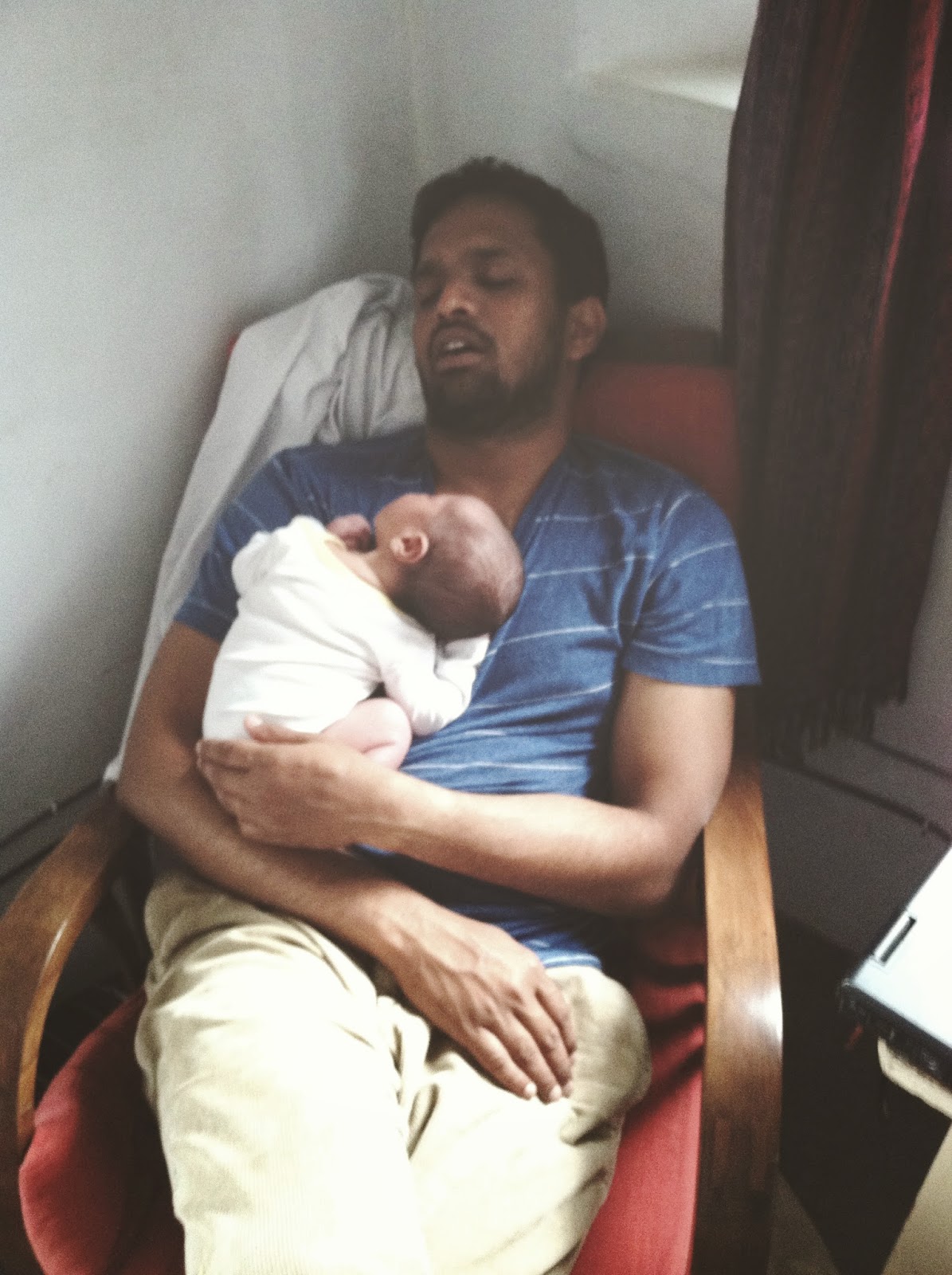 A few weeks before Rohan was born, I was sharing these things with the Lord. I was feeling a bit anxious and overwhelmed thinking of labor again…wondering if all would go ok with all our house changes and being in a new place and just the general craziness of life lately. He led me to Psalm 84. Verse 3 says,
“even the sparrow has found a home, and the swallow a nest for herself, where she may have her young…a place NEAR YOUR ALTAR, o Lord Almighty”
If He clothes and cares for the birds of the air and the flowers of the field, HOW MUCH MORE, will He care for us, His people made in His image?
If I have learned ANYTHING these past years it has been that He is certainly faithful.  If the sparrow and the swallow have a place, His children surely do.
And He provided places and people BEYOND what I could have imagined these past months. He leaves me speechless again and again at His extravagant provision.
I also spent some time looking thru His Word to find birth stories;) You know the only birth story really accounted for…was pretty “chaotic”.
But though chaotic, it was certainly orchestrated. And it was done so before the foundations of the world and it was woven together to redeem mankind.
And if something so orchestrated and woven and designed could appear chaotic, to the world around…then maybe our perspective is just a bit skewed? Maybe we judge things in our temporal eyes that cannot see the other side.
Because last minute escape by donkey to another region, to find “no room in the inn”…to be then forced to give those guttural labor cries in a foul smelling stable…to lay the Savior of the world in a feeding trough…that certainly does not sound like what Mary may have drawn up as a her “labor plan for baby #1” (you get my point?)
That is an action packed labor story, dear ones, but it was full of chaos in my perspective.
Yet it gave me such hope.
To know that the sparrow and the swallow have a place to have their young.
And to know that the Savior of the world came in a stable with no fancy welcoming nursery or labor team.
Well, to know that, settled this mama’s heart.
It settled my heart because it reminded me that, often times, what we perceive as chaos and overlooked by our Father in Heaven…is actually His perfect design.
So often,we want predictability and ease.
And though He can be found there, many times HE is not.
Seasons come and go.
I cannot wait to find Him and His Word in seasons of ease and minimal change and perfectly arranged nurseries.
He can be found right in the midst of the chaos and change.
I believe He often can be seen most of all in the uncertain times and the messes…not in polished ease.
Because though the sparrow and swallow may have a place near His altar, in the spiritual sense, it may very well be the last standing tree brushing up against storm after storm, in the literal sense
God does not promise us ease and predictability
But He does promise to walk us thru all the seasons as they come and go
He does not promise us all the material possessions we will want to live comfortably
But He does promise to provide ALL that we need according to His glorious riches in Jesus
So dear one, do not wait till it all makes sense
Or do not think He has forgotten you if your life seems a mess
Press into Him right in the muck of it
For it is often in those messes that His Gospel is seen most of all
Rohan Jude, we celebrate you this summer.
We know you have been bounced around quite a bit and our current lifestyle is a bit nomadic.
But do know that not one need have we had that our Father in Heaven did not meet.
May He win your affections and cause you to “ascend in praise” through all the days of your life.
We love you Rohan.